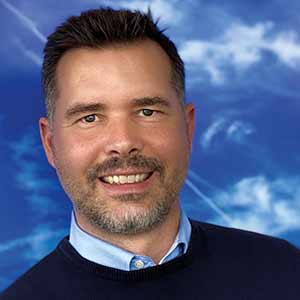 The German air navigation service provider (ANSP) DFSis committed to the safe and fair integration of unmanned aerial systems (UAS) into airspace. It wants to enable safe, efficient and orderly operations for all air traffic participants.

DFS positioned itself early and actively in the EU’s U-space initiative, part of the European SESAR Joint Undertaking,to consolidate its role in the dynamic drone market.

DFS is not just focussing on its current sovereign mandate as an ANSP, buthas the entire controlled and uncontrolled airspace in view, with manned and unmanned traffic.

To include new airspace participants safely and fairly, they have to be synchronised with traditional air traffic management (ATM) in terms of technology as well as processes and procedures. As part of an extended mandate, DFS sees itself responsible for structuring, organisingand managing future air traffic management in the entire airspace.

The main goal is to assure the safety of all airspace participants in the air and around airports.

As the vital human element, it is important to protect air traffic controllers as much as possible from increased workload stemming from connecting an air traffic. management system for UAS (a so-called UTM system) or drone detection solutions at airports to ATM systems, and to reduce interfaces between ATM systems for air traffic services, communication, navigation and surveillance and non-ATM systems to a necessary minimum.

To avoid capacity reductions, DFS is seeking innovative and economically viable solutions that guarantee customers’ requirements can be met.

Our aim is that UTM and ATM areinteroperable and thatwe are actively involved in the development of the corresponding standards.

NATIONAL UTM PLATFORM With the operation of a national UTM platform, DFS sees itself as a market enabler, promoting the provision of various U-space functionalities in free competition as well as the safe use of drones in all fields of application.

To this end, DFS has developed its own UTM system. The system receives position data of drones using the mobile telecommunications networkand incorporates them into an air situation display. Surrounding traffic and potential conflicts are displayed. Prohibited areas, around airports for example, charts and meteorological information are also incorporated.

The UTM system has been validated and tested for robustness and has been used to successfully complete more than 50 long-range flights, covering a flight distance of 2,350 km.

Based on an air traffic management system from DFS,the UTM system can be linked to existing air traffic control systems. Other systems and services can also be integrated.

The platform makes a significant contribution to the development of all kind of unmanned transport, ranging from check flights and medical and rescue missions to Urban Air Mobility.

New entrants (e.g. air cabs such as Volocopter, Lilium or Uber) can implement their business models in a timely and non-discriminatory manner.Drone pilots can plan and execute their missions via the UTM platform, too.

These services are offered by Droniq, a joint venture of DFS and Deutsche Telekom. Droniq covers the full range of services for UAS flights beyond the visual line of sight. It supports flight planning and approval processes, trains UAS pilots or provides its own UAS pilots. In addition, Droniq offers unique liability insurance especially for flights beyond visual range.

DETECTION OF ROGUE DRONES Drones flying in the vicinity of airports without an air traffic control clearance can be a potential hazard to manned aviation. Aircraft pilots have repeatedly reported such drone sightings. In spring 2019, as well as in February and March 2020, flight operations at Frankfurt Airport had to be suspended for safety reasons after one or more drones had been sighted. Periods in which it is impossible to take off or land have significant economic impact on airports and airlines.

For this reason, it is important to not only identifycooperative drones (those that transmit their location), but also non-cooperative drones (those that do not).In February 2019, DFS conducted the first tests for integrating drone detection systems into the UTM system, which took place at theGerman Armed Forces Technical Centre for Aircraft and Aeronautical Equipment (WTD 61) in Manching.

In summer 2019, the German Federal Ministry of Transport and Digital Infrastructure tasked DFS with the preparation of a concept for drone detection at German airports. As a first step, DFS identified the size of the areas around airports to be covered for safety reasons.

The next step was to investigate the current state of drone detection systems available on the market. In August this year, DFS together with the airport operators of Frankfurt and Munich, started tests at Frankfurt and Munichairports. These included a feasibility study on available technologies, focusing on the potential detection range and general performance. The results will be available by the end of this year.

FUTURE WILL SEE A PARADIGM SHIFT The integration of UTM and ATM is fundamentally important to adding drones into manned air traffic. Therefore, a national UTM platform in the hands of an ANSP is key. The enormously large range of UTM services and functions can be covered by the competitive market. Our future will see a fundamentally changed aviation system.

How Digital Experience Is Of Growing Importance To P&C Insurers And...

What It Truly Means For IT Security To Bea Business Enabler

Policy is a Key Solution to Stopping Packaging Waste