Integrating Drones into the Most Complex Airspace in the World 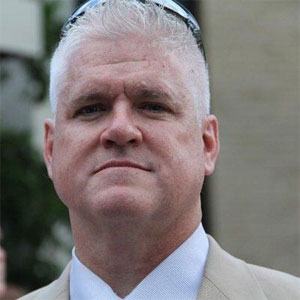 Every day, more than 2 million passengers and 50,000 tons of cargo fly on 27,000 commercial flights within 5 million square miles of U.S. airspace. At any given time, roughly 7,000 pilots are airborne in aircraft of different shapes and sizes. The airline industry helps drive $1.5 trillion in annual U.S. economic activity and supports more than 10 million U.S. jobs. Thanks to strong collaboration within the aviation community and decades of technological advancements, the United States enjoys the safest, most reliable, most efficient, most productive, and most complex, air transportation system in the world.

The recent proliferation of inexpensive Unmanned Aircraft Systems (UAS), also known as drones, has made the Federal Aviation Administration’s (FAA) job of safety and efficiently managing the National Airspace System (NAS) even more complex. Reports of drones operating near airports and aircraft, and within restricted airspace increased more than 500 percent between 2014 and 2015. That’s why we’re moving at the speed of innovation to enable pilots in the air and drone operators on the ground to safety share the skies.

We’re ensuring drone operators know the ‘rules of the sky’ and register their drones.

Under Federal law, as of December 21, 2015 all owners of unmanned aircraft that weigh more than 0.55 pounds but less than 55 pounds are required to register to obtain a certificate and registration number (just like owners of manned aircraft). In just under 12 weeks, the FAA developed and released the small Unmanned Aircraft System Registration Service (sUASRS). To enable this registration process, and to simultaneously deliver training about how to safely operate a drone, we utilized development methodologies and a hosting solution that were relatively new to the FAA, but have now become business as usual.

First, the sUASRS was iteratively designed using an Agile development methodology. This allowed us to lower the risk of rework and downstream changes, and also provided a quicker production release with lower investment as compared to a traditional “waterfall” development approach.

Next, we implemented a DevOps methodology immediately after the initial production release. This allowed for the operation of the current version of the system while simultaneously working to rapidly release new value-added functionality. Each release was individually scoped, developed and tested, which lowered delivery risk by ensuring an investment was made on a limited set of functionality evaluated for effectiveness prior to proceeding with other enhancements.

Finally, we used a cloud hosting approach to flexibly address spikes in demand while avoiding the cost of maintaining a large hosting footprint in a data center. During the initial release, we provisioned a large cloud hosting infrastructure to align with high loads. Weeks later, we reduced it to align to lower transaction volumes. As a result, the system has not experienced performance degradation.

Since the UAS Registration Service was released in December 2015, nearly 700,000 drone operators have registered and learned the rules of flying safety in shared airspace.

The free, easy-to-use B4UFLY mobile app gives users a clear, color-coded answer within two quick taps about whether or not it’s safe to fly an unmanned aircraft in a certain location. It pulls FAA data about controlled, prohibited, restricted and special use airspaces, airports, temporary flight restrictions, and safety guidance about flying near sporting events, critical infrastructure, and national parks all into a single app accessible on iOS and Android mobile devices. The app’s logic then compares the user’s location, pulled from their device’s GPS, to all of the potential airspace and airport restrictions and requirements to generate a flight status: red (do not fly), orange (action required), or yellow (proceed with caution).

B4UFLY also allows drone operators to voluntarily record when, where, and for how long they are flying anywhere near an airport. This gives air traffic personnel real-time information about potentially unsafe drone operations around airports, enabling immediate safety mitigation activities.

To create B4UFLY, our team overcame several challenges. First, we had to determine the appropriate data sources to tap in order to build logic about which requirements or restrictions applied and which superseded others in order to generate the red, orange or yellow flight status. Next, we had to get creative in our design to depict restrictions and requirements to non-aviation savvy users. Our guiding principle was to keep the app simple and easy to use, because we knew that a positive user experience would ultimately lead to greater compliance with safety rules.

We are using technology to develop a flexible aerospace system that fully responds to the changing needs of businesses and customers in the 21st century.

The modern age of powered flight began in 1903 when Orville Wright made the first sustained, powered flight in a plane he and his brother Wilbur built. This twelve-second flight led to the development of the first practical airplane in 1905 and launched worldwide efforts to build better flying machines. As a result, the early 20th century witnessed myriad aviation developments as new planes and technologies entered service. As the pace of advancement quickens, aviation in the 21st century is sure to be defined by the integration of drones (not to mention commercial space-bound vehicles) into the airspace. Through technology, we will ensure the skies remain safe. That’s our mission.

Digital technology will be the key enabler for Finavia’s growth

What did my children teach me about life, business, and innovation?

Covid-19 Response From An It Perspective

The Changing Role of IT within Banking Sector

Utility Cios Must Plan For The Impacts Of Artificial Intelligence