The Evolution of the CIO Role

The Evolution of the CIO Role 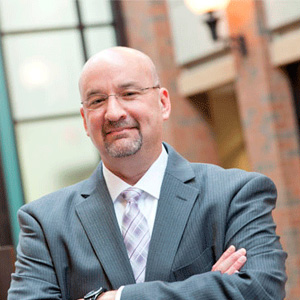 More posts by this contributor:

Share your experiences through CIOReview
People have very strong emotions when they think about the airline industry. Just about everyone has been a passenger on a commercial airline, and most people can quickly cite instances where the airline’s performance has not met their expectations at one time or another. Most of these experiences stand out in the passenger’s mind clearly, and, typically among business travelers, they are recounted to friends and colleagues in war-story fashion over steins of cold beer in some anonymous airport bar. These experiences eventually become badges of honor for the frequent traveler.

While safety is the number one priority for all airlines, they are generally perceived by the flying public as obsessed with cost control and revenue production. Media reports about fees for checking baggage, selecting and reserving seats, carrying on personal items and effects, and even using the onboard lavatories (which were seriously considered by one low-cost European airline until customer backlash destroyed that idea and rightfully so) have not helped the airline industry’s reputation. Further, the additional security procedures instituted after the unfortunate events of September 11, 2001, while absolutely necessary, are inconveniences for the passenger that are blamed on the airlines. More oversight, changing regulations, and new taxes imposed on the airlines by governmental entities, which are all costs that have to be eventually passed on to the passenger, are also laid at the airlines’ doorstep. Whipsawing fuel prices wreak havoc with long-term fuel planning and sometimes make route strategies appear chaotic to the passenger.

My background has been in the retail and manufacturing industries and my current job is the first foray into the airline industry for me. I have always been fascinated with all the aspects of the airline industry ever since my first passenger flight from Memphis to Charlotte on Allegheny Airlines in 1978 and I leaped at the opportunity to be part of the industry. Right after I started in my new role, I had several long-time airline industry people ask me if I felt qualified to be CIO of an airline since I had no airline industry experience. I responded that, yes, it is true that I had no experience working in the airline industry, but in my last job, where I worked for a European company, I flew over one million miles while commuting between North America and Europe (and I won’t name the airline here!). So, I had more than enough experience as a passenger and at least I knew how NOT to run an airline.

Of course that was a flip response, but every industry thinks that they are special. While there is an element of truth to that assertion, I do think every industry could use a fresh inside perspective, especially from a former customer. And, yes, I have my own rich collection of traveler war stories that I occasionally trot out over steins of cold beer with colleagues.

While the role of the CIO continues to evolve, paralleling the evolution of personal and commercial technology and the continued blurring of the line between those two, there are really three paramount functions of the job. First, it is essential to have IT viewed as a partner of the business functions instead of a “necessary evil”, or infinitely worse, an adversary. Second, IT should learn and challenge the current business processes and offer technology solutions to improve them where applicable. Third, IT should align with, support, and occasionally drive the overall business strategy. These are IT precepts that apply to any industry. It doesn’t matter if your industry is operating an airline in Minneapolis or raising apples in Milwaukee.

The CIO must ensure that the IT function within any organization is considered a partner of the business functions. Too often IT is viewed by the business either as an obstacle to progress because of “imaginary” security concerns (which in fact are all too real unfortunately) or as a poor yet expensive internal service organization. The key is to get the basic core functions of IT—the Service Desk, Infrastructure, Application Support, Project Management Office, and Mobile Device Support—at or above the standards established by the service level agreements established with the business.

This is especially true with the Service Desk, which is the “face of IT” to most employees. Poor Service desk performance will leave the most lasting impression with your users and undoubtedly will contribute negatively to IT’s overall reputation. While some CIOs may downplay the role that the Service Desk and its reputation may play overall, it is important to remember that it does factor into decisions that are made at the strategic investment level. In other words, IT functions that are perceived as lower-performing or having a poor reputation are less likely to receive capital funds to invest in new technology. Additionally, if the core functions of IT are not operating smoothly then it is quite likely that the CIO will be spending most of the time firefighting instead of working on more strategic efforts. This situation tends to be a vicious cycle that feeds upon itself, and it is extremely difficult to break.

"The role of the CIO continues to evolve, paralleling the evolution of personal and commercial technology and the continued blurring of the line between those two”

While having employees with deep industry-specific knowledge is very valuable, it can occasionally work against an organization. So many times I have heard the phrase “but we’ve always done it this way” when challenging a business process. Over long periods of time in any given industry a type of “groupthink” culture can settle in that can be very difficult to change. Part of the CIO’s role in the organization should be to offer newer, better solutions based on technology while managing the fears and adoption resistance that may arise with the change.

Finally, the CIO must ensure that IT has a seat at the business strategy table. The prerequisites for earning a seat are, of course, getting IT to deliver the results that I already mentioned above. Most IT functions are naturally project-driven, and the CIO should be certain that the projects executed by IT (and the results delivered by those projects) align with the overall business strategy. This is typically achieved by establishing an IT project portfolio review with the business executives. Also, in many cases IT will be responsible for leading the strategy execution for the business, especially in cases where there is a heavy technology component to the effort.

While the CIO will continue to be the authority on technology at the executive level, I do believe that the role of the CIO will evolve into a business-transformational position. And, as for the airline industry, I think the CIO role will be discovered as that missing ace in the deck.