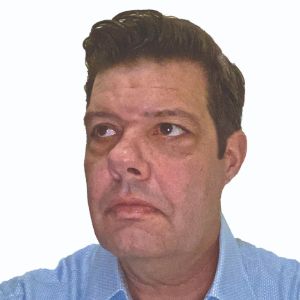 Chris Gibson, Vice President of Sales and Marketing
The first tethered underwater remotely operated vehicle (ROV), named POODLE, was developed by Dimitri Rebikoff in 1953. Then, in the 1960s, the U.S. Navy took an anchor role in advancing the ROV technology further. Nevertheless, it took another three decades for technological developments to speed up the ROV industry. It was during this technological coming-of-age when an innovative ROV company, VideoRay, stepped into the picture. “ROVs were still in their infancy when we started in 1999. While larger ROVs were prevalent, smaller ROVs were less common, although they held a lot of potential,” says Chris Gibson, VP of sales and marketing and business development at VideoRay.

VideoRay was swift to realize this gap in the ROV industry and wanted to broaden the market for smaller ROVs in search and recovery operations. They, thus, began holding discussions with law enforcement agencies to facilitate the search and rescue operations using VideoRay ROVs. But the lack of budget and aversion to new technology started becoming an apparent constraint for popularizing ROVs. However, the dynamics of the ROV industry changed drastically after the events of 9/11. The subsequent formation of the Department of Homeland Security (DHS) and increased funding to prioritize national security saw a surge in the adoption of ROVs in the United States Coast Guard (USCG) and local law enforcement agencies.

Over the years, the ROV industry has burgeoned, and so has VideoRay. Today, VideoRay is a global leader in underwater ROV technology and has become the largest producer of commercial underwater ROVs in the world. VideoRay ROVs—with their cutting-edge engineering and pioneering technology—enable government and local enforcement agencies, along with enterprises, to carry out a wide range of underwater operations robustly and reliably at a fraction of the cost sustained by larger ROVs. “Our efforts are concentrated on miniaturizing the ROV equipment so that we can reduce the cost incurred while collecting information in challenging marine environments,” states Gibson.

Currently, VideoRay ROVs are widely used in the U.S. Coast Guard, U.S. Navy, and police departments across the United States. They are also employed in national navies, coast guards, and port authorities worldwide, including the Royal Netherlands Navy, the Norwegian Navy, and the Saudi Border Guard. Besides military and law enforcement agencies, VideoRay ROVs are utilized in a variety of underwater applications that cater to different domains such as the oil and gas sector, nuclear and renewables, science and research, and hydroelectric and offshore infrastructure, among others. From the under-ice investigation in Antarctica and Cenote exploration in Yucatan for Mayan artifacts to the first-ever penetration and observation of the USS Arizona that lies in Pearl Harbor, Hawaii—VideoRay ROVs have been involved in notable missions worldwide.

“We can even place multi-functioning arms on the ROVs that can function and interact like the human hands,” adds Gibson. And, although integration with third-party modules is a primary goal of the Mission Specialist ROVs, it doesn’t compromise on the reliability of the vehicles. This topology provides a highly customizable platform, which can be easily adapted for numerous target-specific missions.

On that front, VideoRay has established itself as a pioneer in observation class ROVs, so much so that underwater accessory manufacturers now develop their sensors around the size and payload capacity of VideoRay ROVs. Their ROVs have also proven to be the ultimate inspection equipment in the oil and gas and renewables industries for inspections. To cite an example, ExxonMobil, a multinational oil and gas corporation, recently took aboard VideoRay ROVs for their floating production storage and offline (FPSO) inspection. VideoRay ROVs aided in the cleaning and inspection of their ship, saving over a million dollars for ExxonMobil when compared to their earlier inspection methods.

VideoRay also boasts its state-of-the-art customer support. They have strategically placed fully authorized service centers (ASCs) throughout the world to accommodate their global clientele. However, the modular nature of VideoRay’s ROVs facilitates the devices to be easily repaired or troubleshot without the aid of an ASC. “If an accessory is broken after an underwater collision, the ROV can easily readjust and still hobble its way back for repair,” emphasizes Gibson. Additionally, in the wake of COVID-19, VideoRay has also developed an online training library that can easily help their clients troubleshoot the ROV equipment seamlessly in the field.

As with the air drone business, there is increasing availability of consumer-grade underwater drones from new companies that are cashing in on the availability of low-cost hardware and software for shallow, still, clear-water applications. VideoRay, on the other hand, concentrates on deeper, swifter, and cloudier applications—and those where recovery or intervention like cleaning hulls or rendering explosive ordnance safe is required.

With such robust functionalities, VideoRay has built an enduring client base in the defense, oil and gas, and renewables industries. This vast cross-vertical expertise has also enabled VideoRay to adopt technologies from one sector and carry it over to the other. “We have been able to maintain a synergy between different industries that have enhanced our clients’ capabilities,” states Gibson. And the company wants to continue doing the same to attain the next technological leap in the ROV industry. 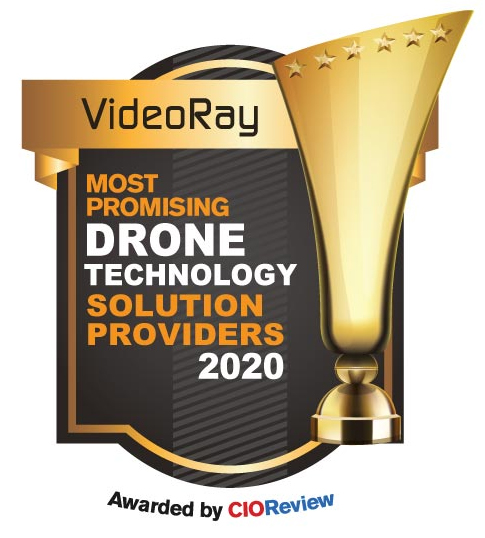 Description
VideoRay is a global leader in underwater ROV technology and has become the largest producer of underwater ROVs in the world. VideoRay ROVs, with their cutting-edge engineering and pioneering technology, enable government and local law enforcement agencies, along with enterprises, to carry out a wide range of underwater operations robustly and reliably at a fraction of the cost sustained by larger ROVs. Currently, VideoRay ROVs are widely used in the USCG, U.S. Navy, and police departments across the U.S. They are also employed in national navies, coast guards, and port authorities worldwide, including the Royal Netherlands Navy, the Norwegian Navy, and the Saudi Border Guard 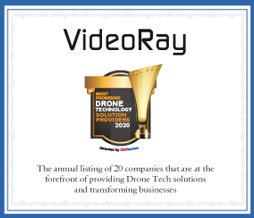 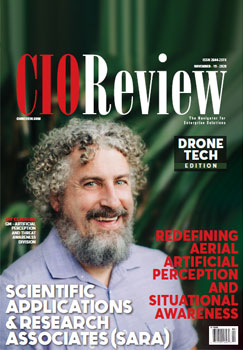